FHS Diamond in the Rough

Light on his feet, with a scopey jump and the all-important stamina, make him an ideal choice to breed from, for any discipline. 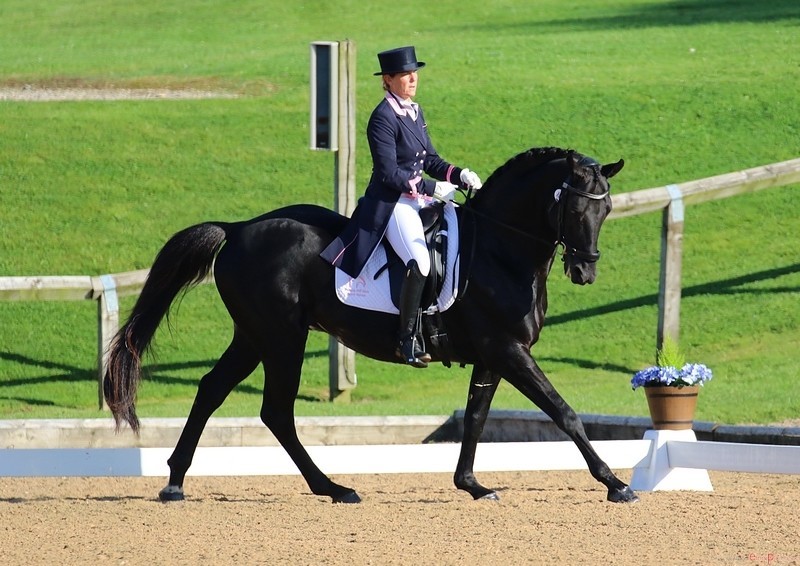 Uphill movement and floating paces to die for. He has the "wow" factor! He won his his first ever show at Malvern 3 Counties Show ground in Sep 09. The judge described him as having "absolutely fantastic movement". Will reach the top in any sphere.

At the 2011 BEF Futurity Evaluations he was awarded a 'Higher First' Premium scoring 8.86 overall with 9s for his trot, canter and build for eventing and 8.5 for athleticism. He has subsequently gone on to win the BEF Futurity Eventing Championships at Osberton, scoring high marks for his paces, conformation, disposition and overall impression.

In 2013 he qualified for the Burghley Young Event Horse Finals gaining 10/10 for suitability and potential in his qualifier. In 2014 he was presented at the NaStA performance Test and was graded Grade 1 Elite.

During 2014/15 he evented up to Novice level gaining several top 5 placings and also show jumped at Foxhunter (1.20M). A change in circumstances means that he is now concentrating on a dressage and quickly qualified for the Regional Championships at Medium level. He also qualified for the Medium Bronze finals of the Pet Plan Area Festival at Hartpury in April of 2018. He is now competing at AM and A/PSG and working at PSG at home.

Approved by the AES and therefore all foals are eligible for BEF Futurity Evaluations. He has Pink AES papers.

Solitair is a jumping talent with super movement and a very appealing conformation to boot. At his performance test in Ermelo he received an 8.5 for his canter and for walk, trot and talent, all 8's.

In his show-jumping career Solitair had numerous wins and placings including the Qualification for the Damhus Cup for 6 year-olds (with a score of 8.4 for style, technique and scope), the 6- year old class at the national show-jumping show in Vreden/GER (8.8), the M-class at Zuidbroek in 2006 as the only combination to go clear.

Solitair's sire, Voltaire jumped internationally under Jos Lansink and Emile Hendrix. Voltaire, is one of the most influential show jumping sires of the present day, and is the result of crossing two outstanding bloodlines: Furioso II and Gotthard. Furioso II produced over 200 state premium mares and at least 70 approved stallions of which several are standing at stud in other continents.

Solitair's dam, the keur mare Nigrante is a daughter of the legendary Holsteiner stallion Libero H (Landgraf I). With Jos Lansink, Libero H won an very impressive series of World Cup competitions and Grand Prix, highlight being the victory in the 1994 World Cup finals at 's-Hertogenbosch. 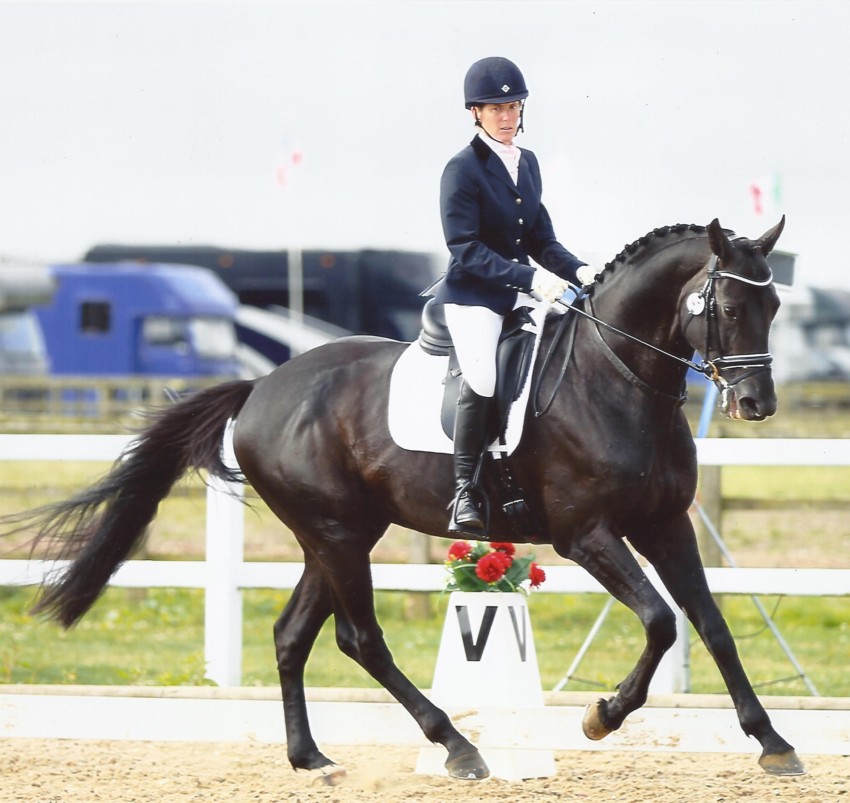 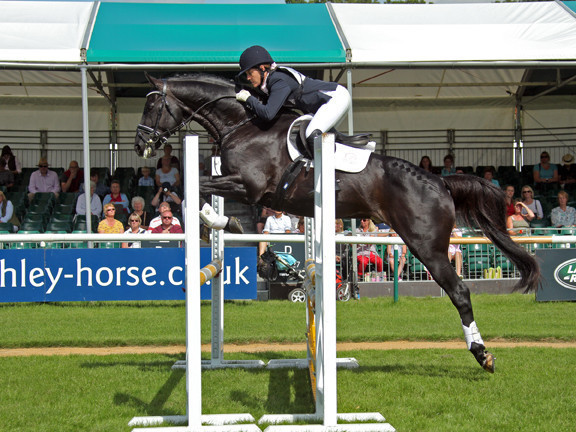 His dam, Whatacarryon was briefly raced but was retired to stud where she bred a number of foals although these have not been registered. Since joining the stud in 2006, she has produced 2 lovely foals, both with her kind and relaxed nature and straight floating movement.

His dam's sire, Strong Gale was a consistent winner on the track including 1st Grosser Preis von Dortmund (GER-G3) 1800m; 2nd Grosser Hansa-Preis (GER-G2) 2200m amassing career earnings of over $4,000. He is well known as a broodmare sire and his siblings have also enjoyed success on the track both on the flat and NH. He is also the sire of several winning progeny including Andrew Hoy's 4* eventer Moon Fleet and Matthew Wright's Intermediate eventer Singalong.